On 13 August the old man and I decided to make use of a free landing voucher and visit Sandown on the Isle of Wight. The forecast was fair with a light to moderate wind from the West and a cloud base of around 3 – 4,000ft along the route.

Setting off from base we skirted Brize’s zone as well as a NOTAM active for South Cerney before setting course South East over Swindon, Andover and Popham, before turning South at West Tisted.

Winds were favourable on the route down and our peak ground speed clocked in at 191mph, with an average for the journey of 155mph, which we completed in 41 minutes. I particularly enjoy flying over Portsmouth and spotting Royal Navy vessels alongside (including HMS Queen Elizabeth!).

Arrival overhead Sandown was straight forward, with the tower closed and one other aircraft in the circuit. The terrain around the airfield makes for some bumpy approaches when the wind is up – just as we experienced when flying down the approach to runway 23. The strip seems to be in very good condition overall and the RV wasn’t too bothered by the runway surface.

The airfield was quiet, with only a handful of people there but unfortunately we didn’t get to meet Dangerous Dan, although his BBQ looked pretty impressive.

We opted to walk from Sandown to the beach along the A3056. It is a busy road but the route has footpaths the whole way and we arrived at Sandown Pier about 20 minutes later.

A quick glance at TripAdvisor gave us some good options, all within line of sight, so we opted for the Beach Cafe with it’s outdoor seating right on the beachfront. Two fresh crab sandwiches were followed by Kelly’s ice creams from the cafe next door and we began the walk back to the airfield. 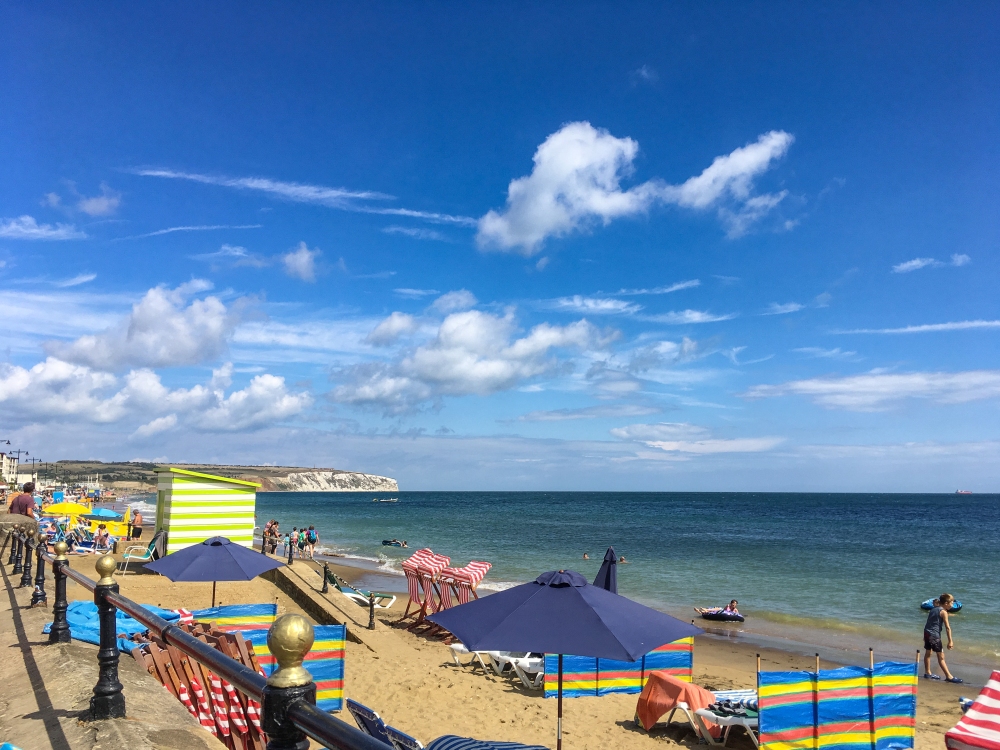 Before departure I taxied the RV to the fuel pumps and we topped up the tanks for the flight back. One thing to remember with tip-up canopy RVs is that anything more than a moderate head on wind will blow the canopy shut. This is both dangerous for the aircraft itself as well as occupants!

We took off and flew between Bournemouth and Southampton beneath their CTA – first getting a basic service from Bournemouth before swapping to Solent Radar as we passed South of Middle Wallop.

I also had a good chance to test the 12v power socket as I was in the right hand seat. It is 2 amp max with a 1 amp USB socket plugged in and I’m pleased that it happily charged my iPhone battery by a 1/4 on the journey home.

All in all it was a great little trip that showed how bloody great the RV is. From opening up the throttle in the Cotswolds to sitting on the beach in Sandown took just over 1hr 15 minutes – and that includes a 20 minute walk and 5 minutes faffing when we landed.